Well! We have a lot to get through. I can barely remember the start of the month because even though September has only 30 days, they’ve been 30 very busy ones.

On September 3rd, Old Vumman and Daddy Keyes had been merrhied FIFTY-FIVE years, so there was cake and prosecco in their house, but Himself and myself had to leave the high-jinks early because we were ‘jetting’ to London. So off we went and that week I did bow-coo de interviews and was on Lorraine and Steve Wright and Matthew Wright and Channel 5 news and Front Row and spoke to many ‘print’ journalists and then ‘jetted’ back to Ireland to be on the Late Late show on the 8th and did a signing in Easons on the 9th and then the 10th was my birthday and I was pure fecking DESTROYED!

Plans had been in place that the Keyesez would come over to my gaff on the day itself (it was a Sunday) and have cake and prosecco (clearly we are an unimaginative family and only know one method of celebrating) but I was QUEASY with tiredness and begged for the day in bed and they said, right you are, we’ll do it next Friday instead.

So the next day I ‘jetted’ to Edinburgh and did interviews and then the MOST LOVELY evening event in Waterstones so many wonderful readers came – and brought me Scottish delicacies, to wit: Tunnocks Taycakes, Tunnocks caramel bars, Tablet (which is sort of like fudge, only a million times sweeter), Maracroon bars, oatcakes (always room for carbs even if they’re not sweet ones) and there was something else good – oh yes! SNOWBALLS!!! OH MY GOOD CHRISHT is all I will say. The following day, we did NOT jet, no, we went on THE TRAIN from Edinburgh to Newcastle and at the station I met women who were going home to other Scottish cities because they had travelled specially to come to the Waterstones yoke and if I hadn’t already been feeling humbled by their kindness the previous night, I really was then. THEN I met two fabaliss young women who were ALSO getting the train to Newcastle – to see me! (Because the Edinburgh event was sold out.) And I told them that they had seen me now and could save themselves the journey but they said they’d still come…

And that journey from Edinburgh to Newcastle. Frequently I fantasise about running away to – is it called Northumbria? Or Northumberland? Like, the bit where Lindisfarne is? I’ve never actually been, I’ve just passed it on the train on various booktours but am mildly obsessed with its beauty. Then we arrived in Newcastle and I LOVE Newcastle, because I find the people to be very chatty and entertaining and oh, that ACCENT! We checked into our hotel (the Malmaison) and for some reason we were in a foncy room on the top floor (you never know what kind of accommodation will have been booked for you on a book tour, it varies wildly from night to night, sometimes you’re in a hoover cupboard above a chipper and other nights you’re in a foncy room on the top floor of the Malmaison with your own table football yoke. (Yes. I had. Himself was pleased.)

Interviews, Fenwicks, then a rather tragic tay. See, I was suddenly overcome with the exhaustion while we were waiting to go to the evening event in Waterstones and I desired a peaceful place to sit and I clocked John Lewisez and I thought, The café there would be peaceful!

So Himself and myself went and I don’t know exactly what happened but suddenly we turned into elderly people. We were fussing around each other and saying, Where are the spoons? And, Where are the glasses? Even the things we ordered weren’t our usual stuff, I believe I may have had tea – I never have tea! We were one word away from calling each other ‘Dear’.!!!! So we sat peacefully and ate our slightly grim sangwidges (it was the end of the day, it wasn’t the fault of the sangwidges) and there was no-one else there and the light was fading outside and it had started to rain and into the silence Himself suddenly said, ‘Let’s never do this again.’

And then! Off to Waterstones Newcastle for a fabaliss evening with more lovely people, again who brought many sugar-based items: chocolates from Maison du Chocolate (which is tray foncy) and many of the Percy Pig varieties. It was great!

Also on Tuesday the bestseller news had come in and The Break was number one in Ireland, number four in the UK and number two in Australia. TANKEN YEW. (This happened again the following week. Once again, tanken yew.) Wednesday morning, we caught The Transpennine Express to Manchester. It was a trains that definitely ‘trans’ed’ the Pennines but was very very very very very un-Expressy. Still! It was fun!

Manchester was great, I’ll never get over the fact that people make the effort to come and meet me and thank you to everyone who came to all the events, I’m profoundly grateful. Also! I got to meet Terry Barlow! (You can find him on twitter @Terry_Barlow.) On Thursday we went back to Ireland. On Friday I went to the Rape Crisis Centre fundraiser, then on Saturday I went to bed and stayed there.

Something a little bit different this month – a return of my twenty-something facial excema! Always a thrill when it makes one of its rare appearances and I’m still not sure what triggers it. Could be anxiety. Having a book out makes me feel vulnerable and going on the telly makes everything a million times worse! Special shout-out to those adorable souls on twitter who thought it necessary to tell me I was ‘a nutter’ after speaking about my spell of rickety mental health on the Late Late Show!!

I was in Ireland for about a week but for the life of me, I can’t remember what I did. Sorry! Oh, well, I continued auditioning clothes! I’d started sometime in July, angsting about what I’d wear on telly. Many of the telly things were now done yet the need to keep ordering clothes and returning them almost immediately, continued. Especially because I was due to appear on IT TAKES TWO!!!!!! On the first Friday panel of the year!!!! On September 29th!

So I came back to London on September 27th (on the ferry, we’d had enough of fecken jetting) and did a gorgeous event with Sarra Manning for Red Magazine on the Thursday. And then! The Friday Panel. The other two people were Melvin Odoom and Jodie Kidd both of whom are THE LOVELIEST PEOPLE. I know you think I say that about everybody but I swear to god I don’t. It’s just that if I don’t like someone it’s probably better if I keep it to myself. Also, I’m very all-or-nothing about everything and if I like someone, I really really really REALLY like them. I rarely say, “Yes, she was quite nice.” I say, “Oh my god, she was the best person ever and I really want to be her best friend and she has a very warm heart, you can tell, I can tell, she’s kind you know, kind to her core….” And so on. But that was how I felt about Jodie Kidd. I wanted her to adopt me. And Melvin! He’s so funny and lovely. And of course Zoe Ball! Best person in the whole world ever!

Being on It Takes Two is like being at a party. (But I mean that in a good way. Because mostly a party is my idea of hell.) The dressing rooms are full of glitter and sparkle and the same crew work on it every year, I’m talking about the fabaliss make-up artists and producers and the young fellits who get you diet coke, so there’s that feeling of meeting old friends. And Zoe always remembers Himself and gives him his “once yearly hug” as she calls it.

And if you watch the show you’ll know that the show ends with a ‘musical performance’ and this week it was Nadine Coyle and we were all in the audience at the end and everyone was dancing and I was trying my best and next thing I see Himself! Caught up in a dancing cluster with Goddesses Zoe and Jodie and they’re giving it SOCKS on the dancing front and Himself is also acquitting himself well and I was very proud of him but afterwards he said to me, “The only thing I was thinking to myself was ‘Smile for the love of god, SMILE! Look like you’re enjoying yourself because the camera is bound to be on Zoe and Jodie and everyone will see you too.’ But I was in hell, so I was.’ Next morning I was on Saturday Kitchen and do you know it? It’s the best fun! And thank you for voting so that I didn’t have to ate mushrooms.

And now it’s Monday October 2nd and Pasha and Chizzy were voted off last night and I’m very sad for the pair of them. Tonight I’m going to do an event at the V&A museum called ‘Fiction and Fashion’. And that’s kind of the end of the publicity I’m doing in Ireland and the UK and now my anxiety has shifted to packing for Australia (going on 13th.)

Tis all go! Thank you to every single one of you who bought The Break and who came to the events and who have been so very lovely to me on Twitter about the book. I’m so grateful for your kindness.

Are you watching Black Lake? Swedish yoke. Very scary! I don’t usually watch horror or ghostly things but it’s different if it’s Swedish. I know I’ve read books this month but me poor brain is a bit askew. Elin Hilderbrand. Do you know her? US writer, sets her books in Nantucket. I like her vay much.

Thank you again! I’ll write again around the end of October or the start of November, bringing you news of Australia. I hope you’re enjoying the Autumn. I’ll tell you what I love. I love Hallowe’en! I’m back from Australia just in time to go out with The Redzers. 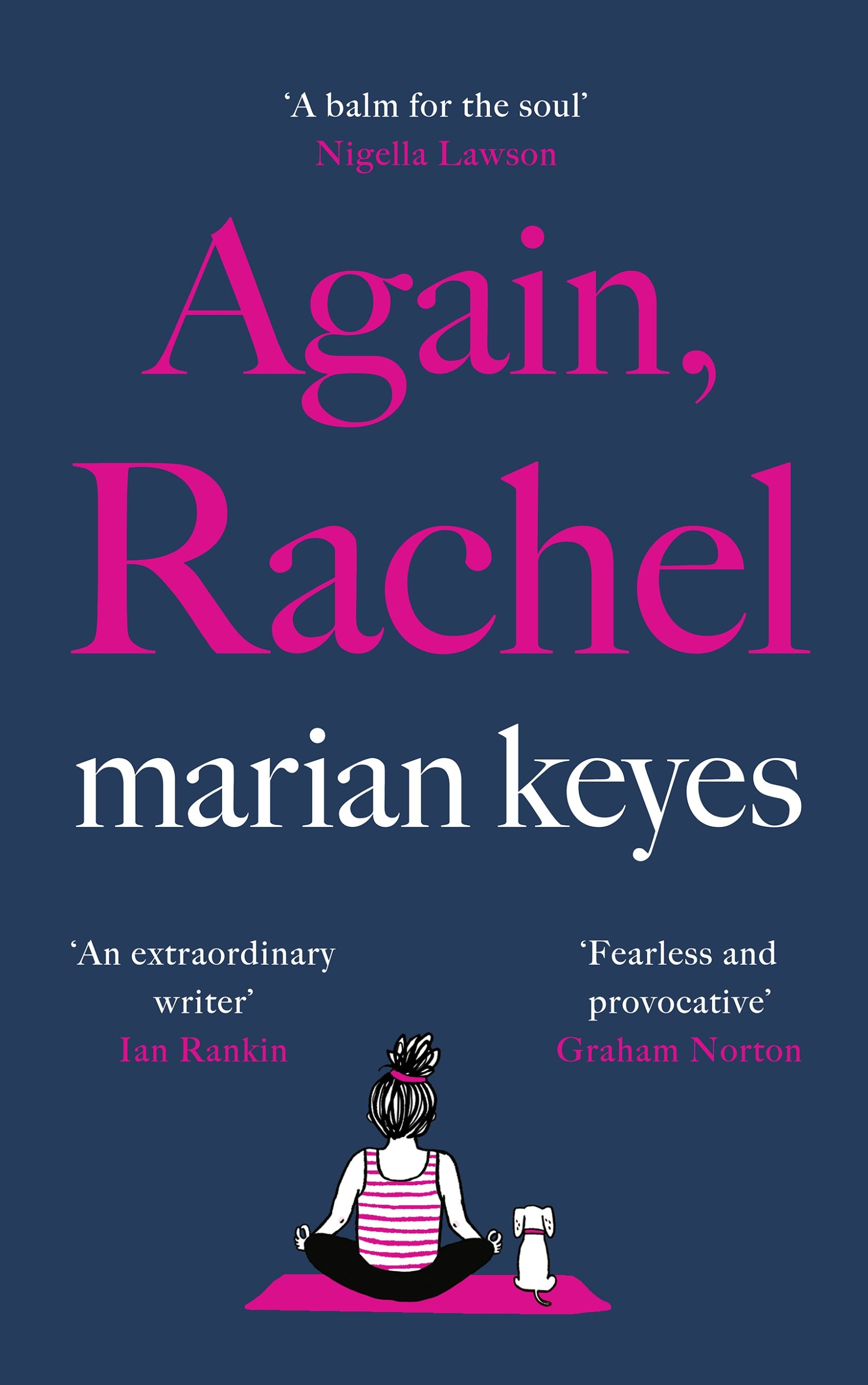 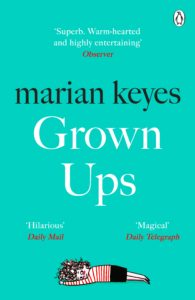